A BOOST FOR THE REGION: TWO CHAMPIONS CROWNED IN SINGAPORE 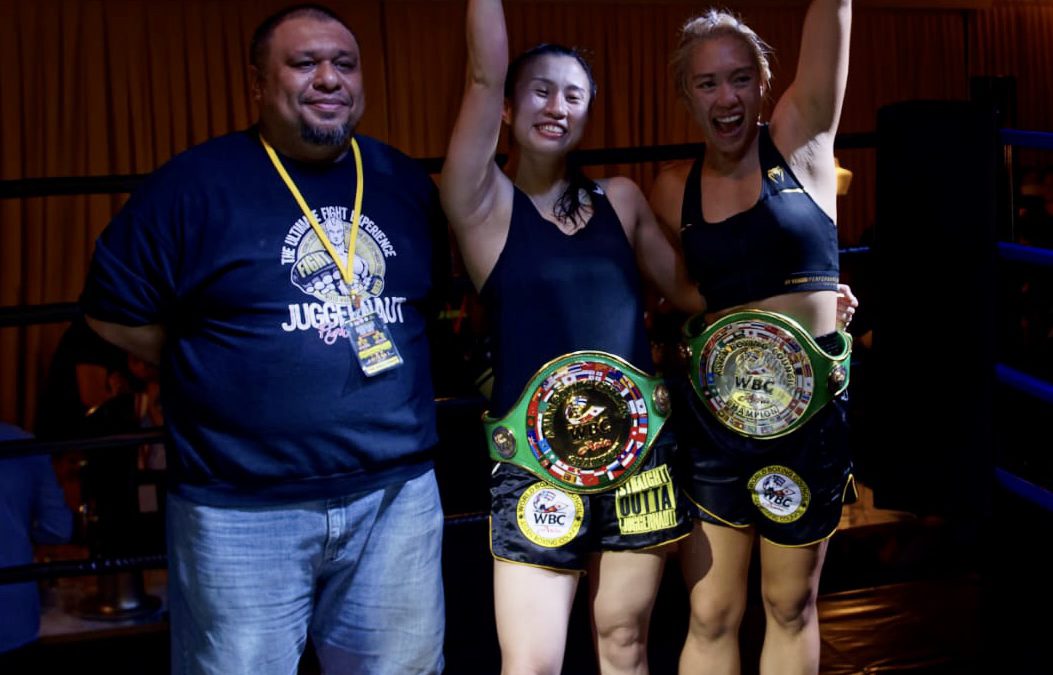 Sunday, October 30, 2022: Singapore Fighting Championship last night hosted their climatic show of the year billed as “Juggernaut Fight Night’ with a host of professional and amateur boxing contests featuring on the event.

Singaporean pugilist Amanda scored a split points victory over Thailand’s Pattarawan Thaosuwan in what can be described as a battle of attrition over eight championship rounds of boxing action.

Congratulations to Amanda and her team for her night of WBC regional glory.

Samantha stopped her opponent, Thailand’s Thanchanok Pha-Nan, via a 6th TKO victory. A fantastic showing by Samantha to capture the regional WBC title.

Both ladies were backed by a whole house and a rapacious crowd supporting them to the final bell. Boxing in Singapore is back! Congratulations team Juggernaut and everyone at the Singapore Fighting Championship.