A NIGHT OF CHAMPIONS WOTHY OF THE HONOREES 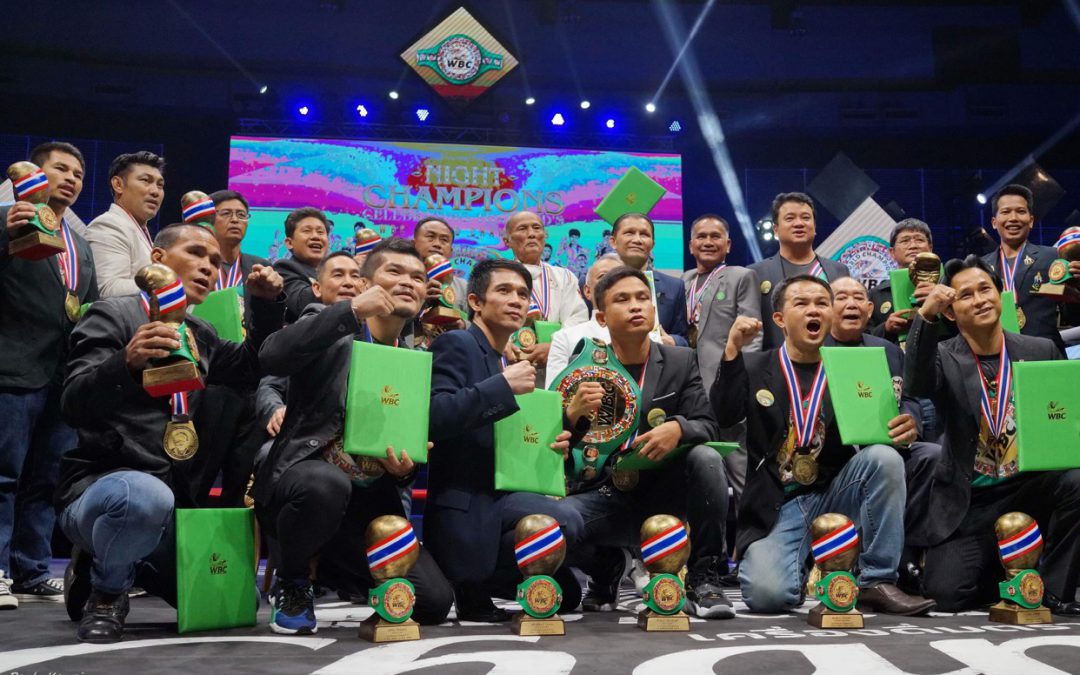 Tuesday, December 7, 2021: Thailand, over the many decades that it had produced champions inside the boxing ring last night celebrated many of those champions when the World Boxing Council hosted a WBC Night of Champions dinner and awards show to honor all twenty-eight former and current WBC world boxing champions that the country has produced.

It was a special night where champions from varied weight categories and all corners of the kingdom convened at Bangkok’s Lumpinee Boxing Stadium for a glitz and glamor night of sharing stories and awards to the champions of yesteryear and those who still shine in the ring, today.

Five former champions who have passed away were fondly remembered in a touching video tribute. Nineteen former champions who were in attendance were given a grand stage and platform to shine and receive a sleuth of accolades to honor them reaching the highest pinnacle in the sport of professional boxing — winning a prestigious WBC world championship belt.

Thailand’s Minister for Tourism and Sports, Mr. Phiphat Ratchakitprakarn, officially opened the evening’s on-site proceedings immediately after World Boxing President Mauricio Sulaiman dialed in live from the WBC head office in Mexico to greet, honor and congratulate the champions and all in attendance.