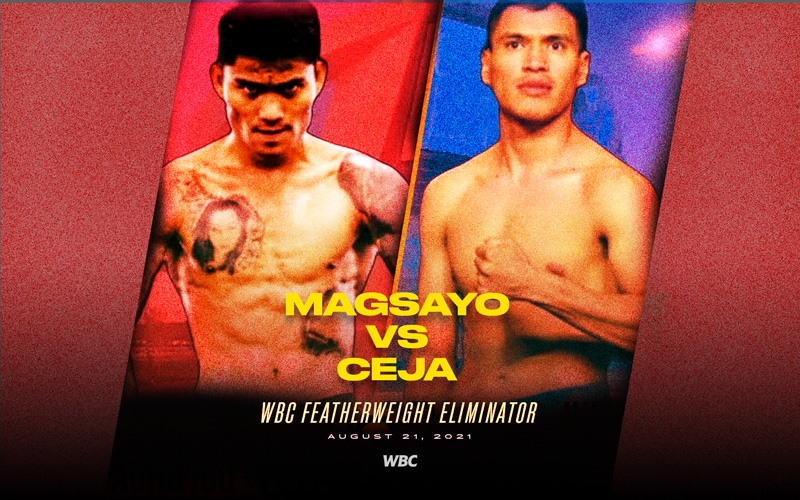 Former Mexican World Champion Julio “Pollito” Ceja (32-4-1, 28 KOs) Vs Filipino contender and former WBC Asian Boxing Council champion. Mark “Magnifico” Magsayo, which will be a featherweight elimination match, as part of the card starred by Pacquiao vs. Ugas, this Saturday, August 21, at the T-Mobile Arena, in Las Vegas, Nevada.

Philippine sensation Magsayo (22-0, 15 KOs)  knocked out Pablo Cruz in four rounds in April 2021, following his TV US debut in October 2020, in which he defeated Rigoberto Hermosillo.

The 26-year-old boxer will be fighting in the United States for the fifth time this Saturday, against his toughest rival yet, former champion Ceja.

The fight, which is promoted by the Premier Boxing Champions, will be televised on PPV.