CHAMPIONSHIP BOXING RETURNED IN CHINA WITH A BANG 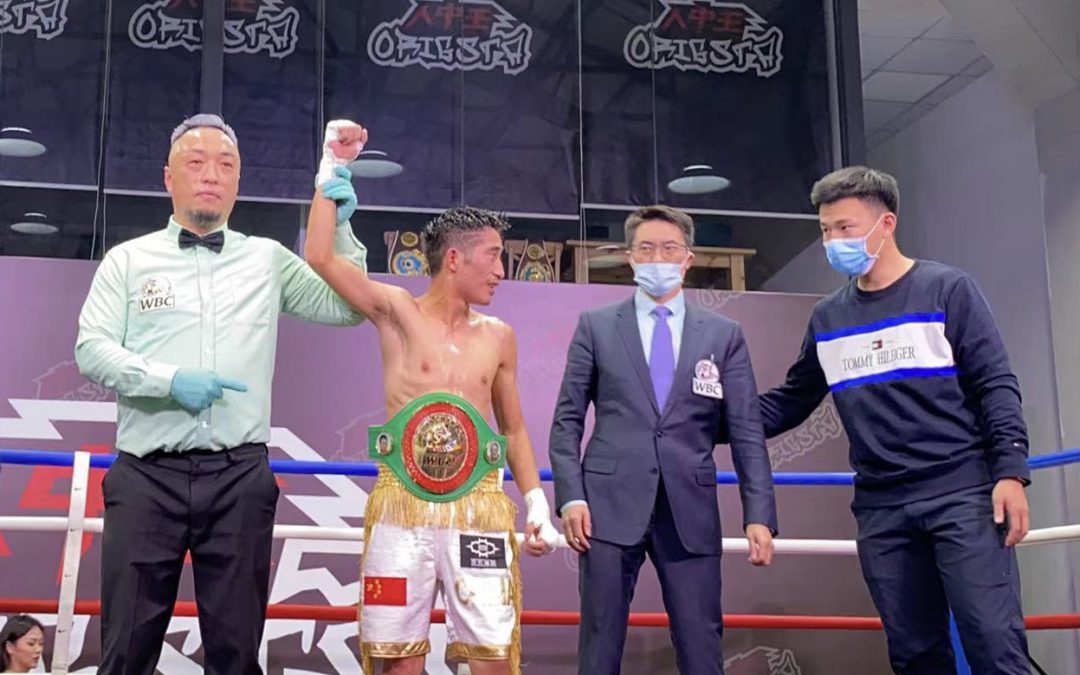 Tuesday, November 30, 2021: Professional boxing made a triumphant return this past weekend in Shanghai, China, with a four-fight card staged at the Changxi International Tech Innovation Industry Park.

The headline contest featured two of the country’s aspiring pugilists square off for the vacant WBC China flyweight championship strap. Sheng Peng, the favorite going into the showdown was pitted against the perceived underdog, Xiaokang Song in an intriguing matchup.

The scheduled ten-rounder went the distance, and that distance deserved a standing ovation after thrifty minutes of pulsating back and forth action. From the onset of the opening bell, both fighters looked to set their stall with a fantastic exhibition of the caliber and standard of both boxers.

In the end, it was to be the day of the underdog as Xioakang had his hand raised in victory to become the new WBC China flyweight champion taking the nod in two of the judges scorecards. The third judge scored the contest a draw.