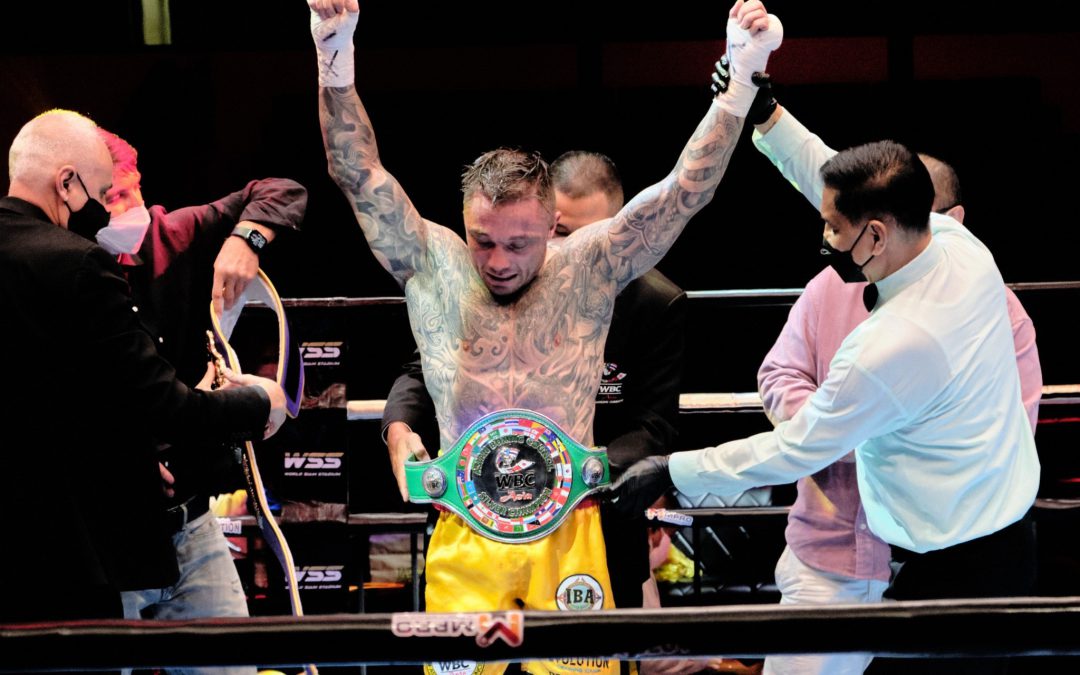 He scored a sensational final round KO victory over his opponent, Thailand’s Apisit Sangmuang, landing the knockout blows in the final minute of the climatic stanza to claim the regional green and gold glory.

Going into the eight and final round, the Thai based Frenchman was behind on all three scorecards — none the less — he never quit and sealed the deal in triumphant style.

The entire WBC Asian Boxing Council team would like to thank Evolution promotions for their continued support of WBC affiliated championships in Asia.