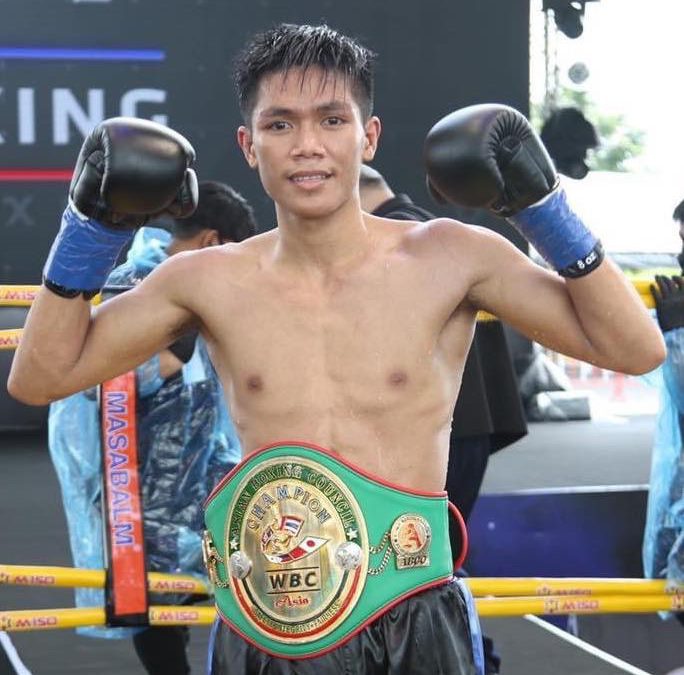 Tuesday, September 5, 2021: Philippines rising star Adrian Lerasan is a man with patience. He has waited patiently for his opportunity to shine on the big stage in Thailand since his arrival in the country earlier this year. After many disappointing fight cancellations, he got his chance to shine this past weekend on the WP Boxing promotion.

The location was NorthEast of the country, in beautiful Buriram, where he headlined the event with a scheduled eight-rounder against Thailand’s Suradech Ruhasiri. The vacant WBC Asian Boxing Council Continental super-flyweight title was on the prize on the line between the two pugilists.

The fight started with a bang and many wallops as both boxers looked to set their dominance early on. It was the 22-year old Filipino who came out on top, sending the gallant Thai to the canvass for a second and final time midway through the 5th round.

The official result was a KO victory for the impressive boxer from Antipolo City. Next up, he will look to raise his game and potentially challenge current WBC Asian Boxing Council flyweight champion Thananchai Charunphak in the not too distant future.