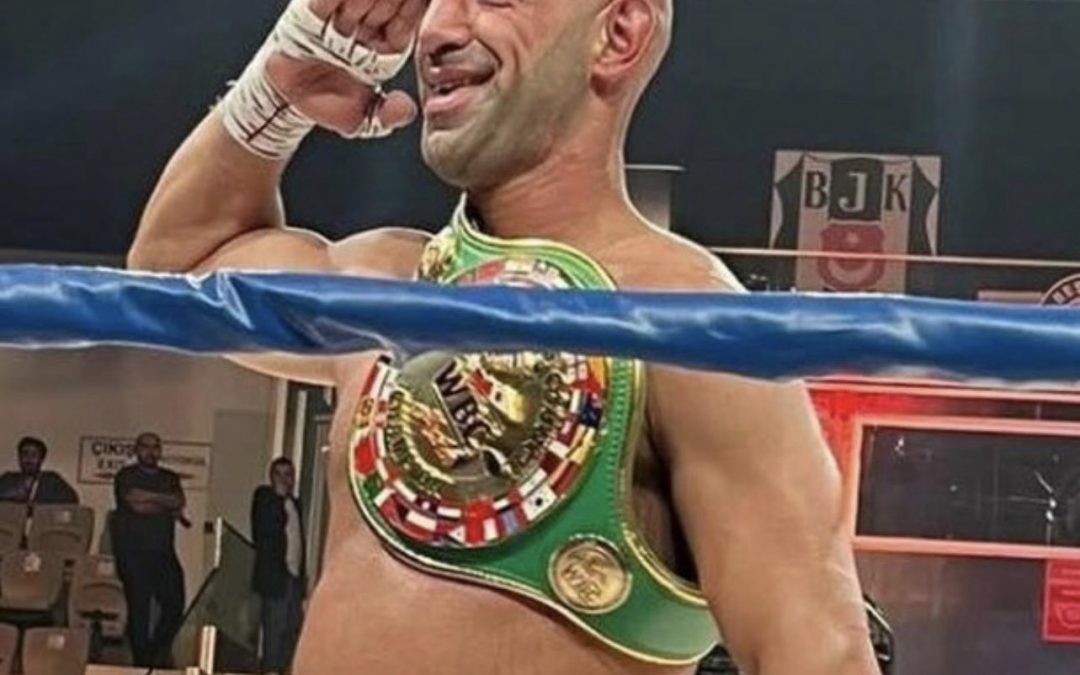 Monday, May 16, 2022: In a “Green and Gold Night” at the BJK Stadium in Istanabul, Yusuf Kangul TKO`d Avni Yildirim in the ninth round to win the vacant WBC Turkish and WBC Asia super middleweight belts.

It was a home-grown slugfest in front more than three thousand fans who enjoyed a top night of boxing in Turkey. A setback for Avni, who`d won his last three fights before this, including a UD victory over Yusuf last November at the Universum gym in Hamburg.

Yusuf dropped Avni in the third with a clipping right cross. Avni came back well in the fourth and almost stopped Yusuf with an onslaught, before the bell rang to end round five. Yusuf decked Avni with a right cross in the seventh and the Referee intervened in the ninth, with Yusuf winning by a TKO. Eight fights during the evening, and three of the hot favourites lost.

Promoter Ahmet Oner said that there will be a trilogy fight between Avni and Yusuf towards the end of the summer and he will again train Avni himself. Avni previously had two other coaches. Ahmet stressed: “It was a great fight, our Turkish fans loved it. Avni, is now with his family in his parents` house, and he has nothing to be ashamed about. I will bring him back like a white shark. This event has been a major boost for Turkish pro boxing and very encouraging.”