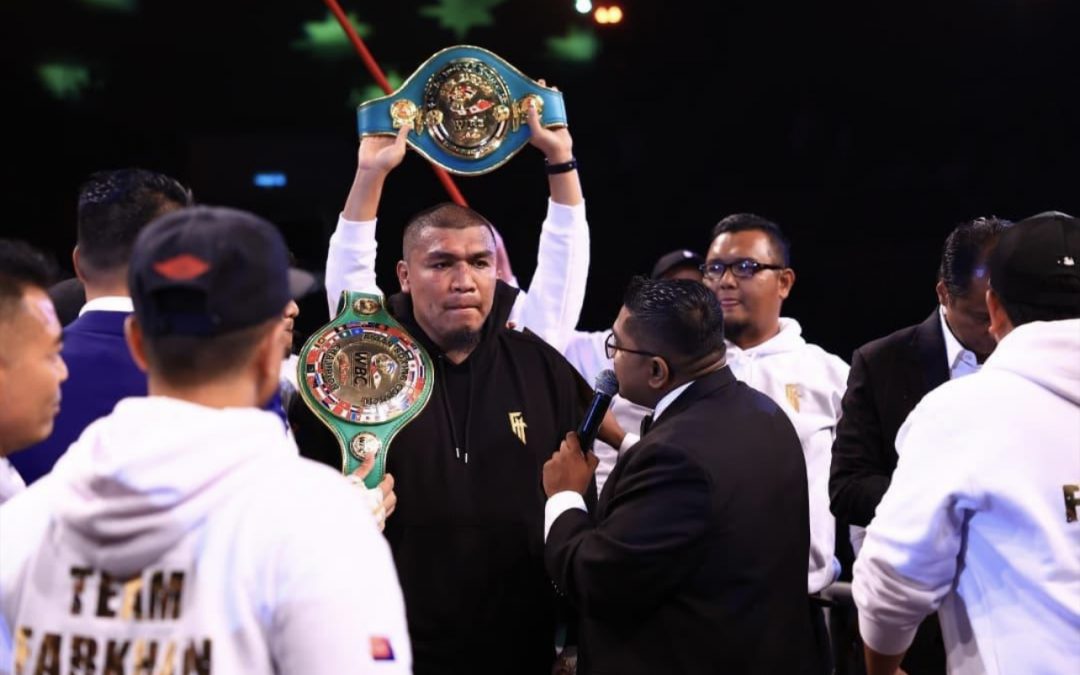 In the days prior to the event Muhamad and his family suffered the loss of a beloved family member — to jump over the jumps days later and claim the regional WBC glory was something special for team Farkhan.

Farkhan is now celebrating becoming a three-weight WBC Asia champion, the current Bridgerweight champ and former cruiserweight and light-heavyweight champion. A feat never accomplished by any other pugilist.