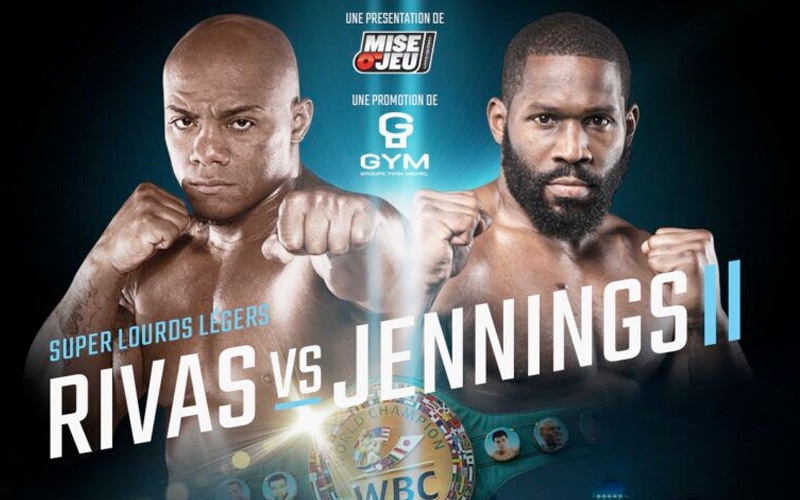 Friday, September 17, 2021: The first fight for the Bridger title of the World Boxing Council will take place on October 22, at the L’Olympia in Montréal, Canada.

Those contesting this category, which has a limit of 224 pounds, will be the Colombian fighter, adopted by Quebec and No. 1 contender Oscar “Kaboom” Rivas (27-1, 19KO) and from the USA rated No. 3 , Bryant Jennings (24-4, 14KO), of Philadelphia, Pennsylvania.

This will be the second clash between Jennings and Rivas, as they fought a thrilling duel in January 2019, in Verona, New York. At the start of the final round, Rivas launched a terrific attack which dropped the American, and subsequently the referee ended the bombardment after Bryant had had got up.

“This will be an unprecedented event. The contest for the first time of the WBC Bridger title will be something historic. We have all the ingredients for a sensational evening.”

“We are very happy that this great card is confirmed for the Bridger WBC title. This division was created for boxers between 200 and 224 pounds. The name is inspired by humanity’s young hero, Bridger Walker, who during the pandemic heroically saved his 4-year-old little sister from an attack by a wild dog. We are very proud of the fighters and the professionalism of the promoters on the card. I wish Bryant and Oscar luck in this very important fight.”

“It is very important for me to be contesting this title for the first time. It is an ideal weight for many peelers caught between cruising and full. Every boxer I know dreams of having the Green and Gold belt. On October 22nd I will have the opportunity to be the first WBC bridgerweight champion. I don’t like talking a lot or forecasting results. What I can say is that I will continue to prepare to go into combat in excellent condition and achieve one of my dreams.

“We are grateful for this opportunity and ready to win. It is an important commitment as it is the first time that the world title has been contested in this division. We are going to make history and become the first WBC bridger champion, we will always be remembered for that.”

The October 22 event, presented in association with Mise-O-Jeu, will mark the 49th world championship fight promoted by GYM since its founding in 2004.
Tickets will go on sale this Saturday, September 18 at 10:00 a.m. ET at ticketmaster.ca.