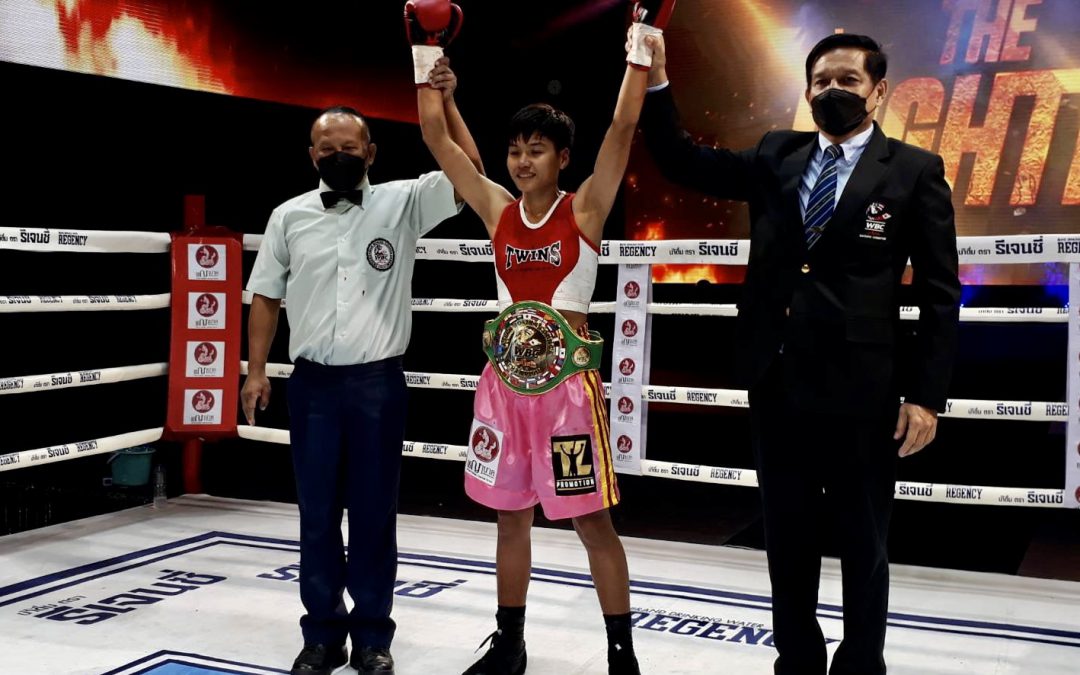 Saturday, December 18, 2021: In a statement of intent on the grand stage of live television broadcast throughout the kingdom of Thailand, Thai star Phannaluk Kongsang became the new WBC Asian Boxing Council flyweight champion after defeating Loetizia Campana via a third-round referee stoppage.

The would-be champion started as she finished with a strong showing behind the basics of her jab leading the solid right hand to inflict continuing damage on her opponent.

On the recommendation of the ringside doctor, the referee called a halt to the championship showdown in the midst of the third round to protect the health and safety of the Thai-based french pugilist.