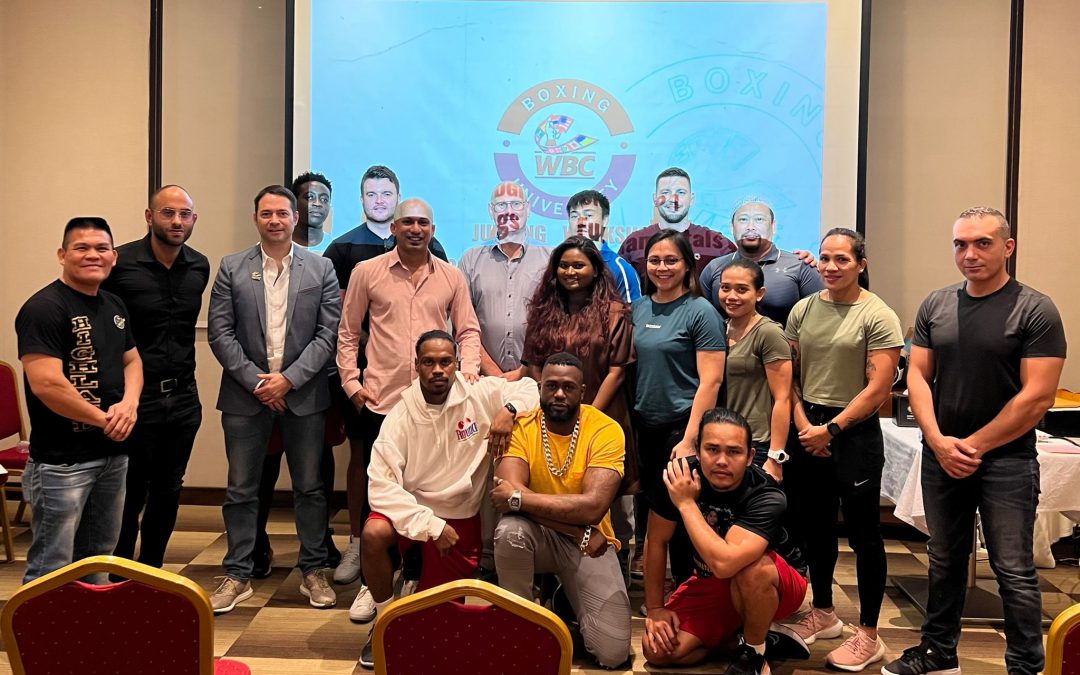 Monday, June 20, 2022: In conjunction with the Middle East Professional Boxing Commission, the World Boxing Council hosted a judging workshop for over twenty aspiring ring officials this past weekend in Dubai.

Proceedings were led by the always knowledgeable and highly-experienced WBC ring official, Mr. Daniel Van De Wiele, from Belgium. Daniel was in the city to work the WBC International super-featherweight championship showdown between Cuba’s Jadier Herrera and Mexico’s Pablo Robles.

The main aim of the seminar was to narrow the gap in one’s ability to act as a competent judge in local and regional boxing events. Daniel went over the key points of the ten-point must system, scoring punches, effective aggression, and the WBC internal protocols on close, moderate, decisive, and extreme decisive rounds of scoring.

Film study and analysis of individual rounds were watched and scored, and group discussions were held with stern debate by all in attendance on the fine details of scoring.

On behalf of the WBC and its President, Mauricio Sulaiman, we would like to thank MEPB Commissioner Jose Mohan and his team for hosting the continuing education evening.