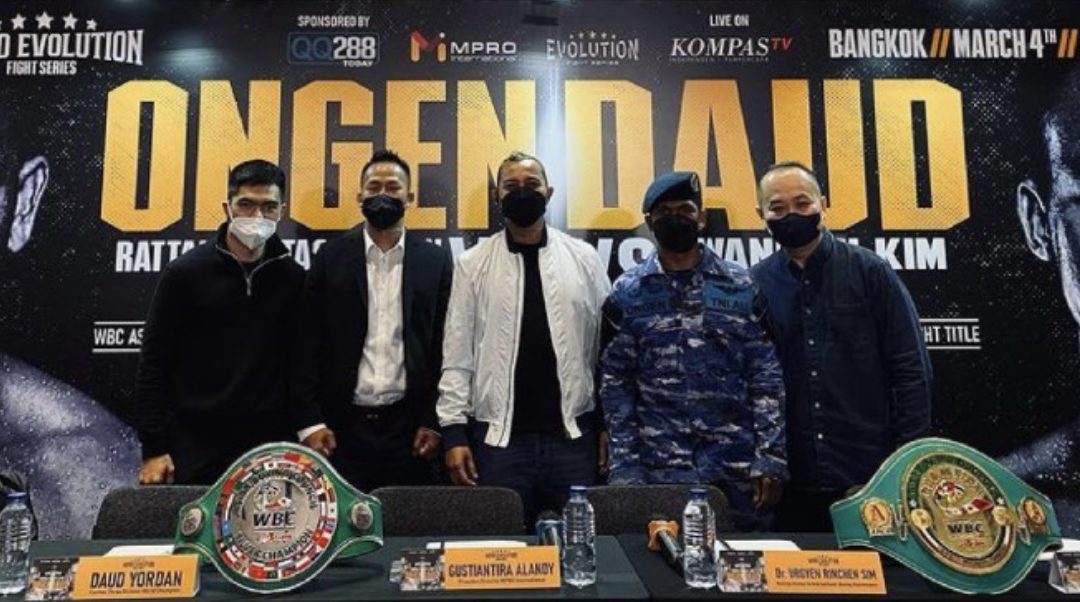 Friday, January 14, 2021: The team behind Evolution Fight Series Promotions, in association with MPRO International, has lined up a sensational night of pugilistic action for March 4 at Bangkok’s World Siam Stadium.

Today, the first press conference was held to promote the event. Stay tuned for more news and information on tickets in the coming weeks.

The co-main event will see the vacant WBC Asia Continental featherweight title be on the line when steely Indonesian pugilist Ongen Saknosiwi faces off against Thailand’s Rattakorn Tassaworn. Saknosiwi will be putting his perfect record as pro on the line against the gritty Thai.

In the first of the night’s championship action, French boxer Emmeric Dewaele will square off against Apisit Sangmuang from Thailand for the vacant WBC Asia Silver super-middleweight strap.

The promotional team, led by Alexander Shah, Nazar Moroz, and Urgyen Rinchen Sim, will look to deliver another night of exciting and action-packed regional boxing for Bangkok-based combat fans.