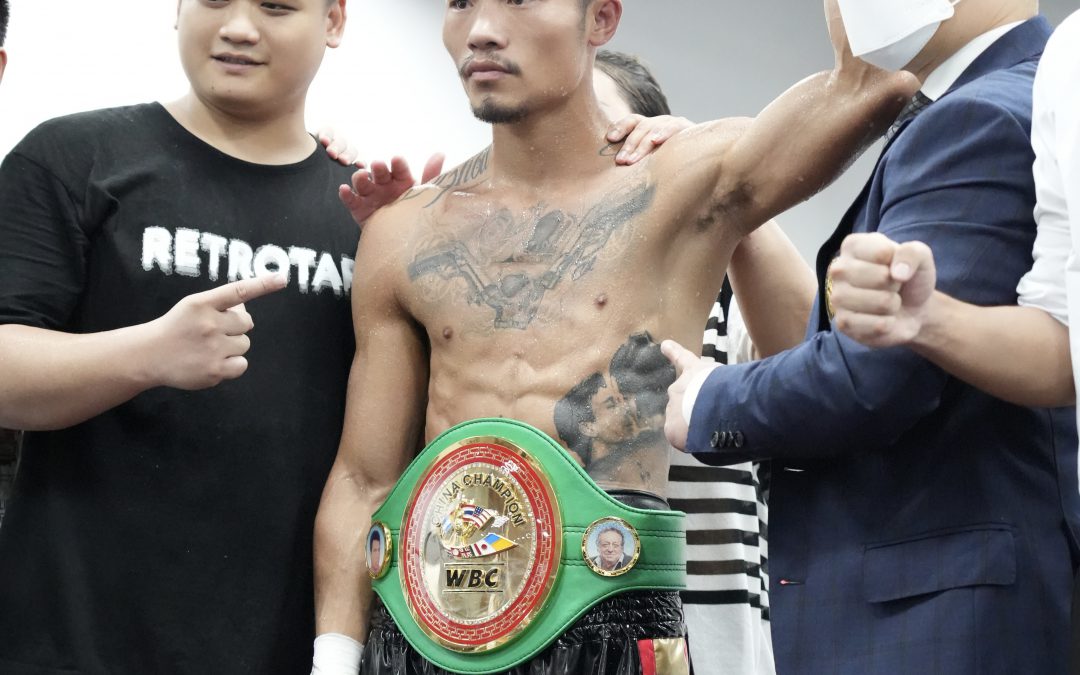 Monday, June 20, 2022: It has been a difficult time for the sport of boxing in China over the past months and years, with next to no pugilistic action taking place in halls and arenas throughout the nation.

This past weekend a ray of light was shone on the sport in the southern city of Shenzhen when the vacant World Boxing Council super-featherweight title contest between You Yi and Peng Huang headlined the ‘return to boxing’ event in the magnificent mega-city.

In what was a battle of attrition between the two rising stars of the 130-pound division, You Yi had his hand raised as the victor, taking home the WBC China super-featherweight championship strap. All three ringside judges scored the bout unanimously to the new champ.

The difficult times are over — boxing is back in China — and it won’t be long until we see Chinese boxing athletes rise to the global stage again. The WBC team in China, led by senior executive Aku Zhang deserves a special mention for the diligent work to continue collaborating with promoters to afford boxers WBC regional championship opportunities.