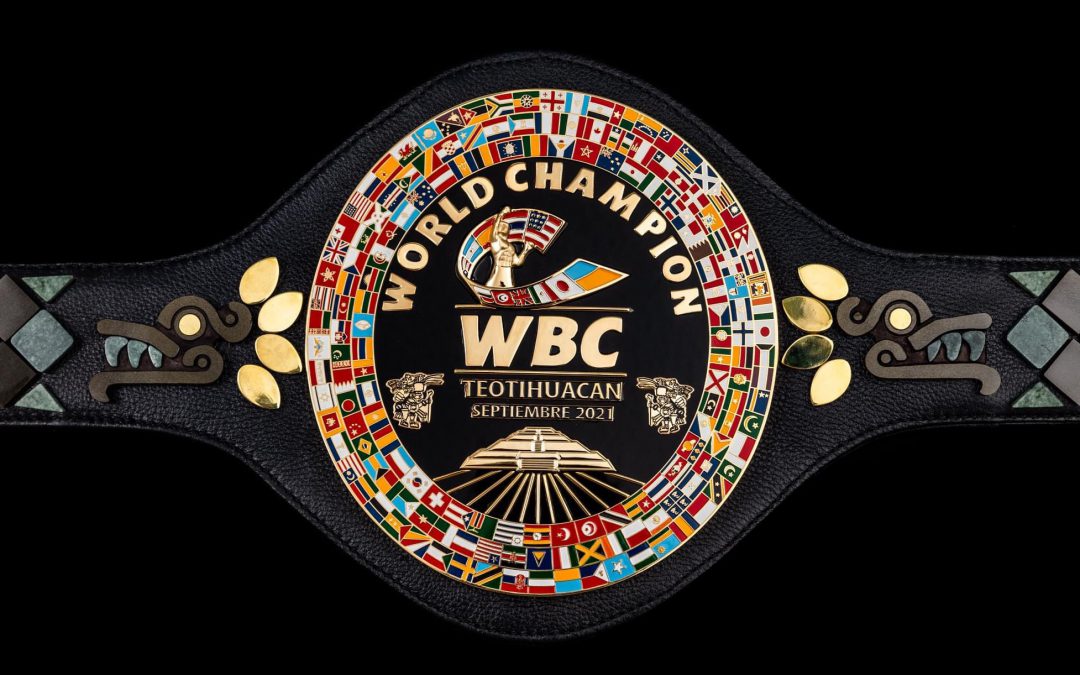 The World Boxing Council (WBC) commemorative belts, on May 5 and September 16, were created as a special trophy, awarded to the winner of great fights held around these two Mexican festivals, regardless of nationality. Saúl “Canelo” Álvarez (56-1-2, 38KOs) and Caleb Plant (21-0, 12KOs), will clash on November 6, in Las Vegas, for all the super middleweight belts.

The Teotihuacan belt is a gift that the World Boxing Council and Mexico gives to the world. It is a unique trophy that the winner of this eagerly-awaited fight will take home. Its magnificent design highlights the beautiful and diverse culture of the State of Mexico.

About the Teotihuacan culture

The city of Teotihuacán (The place where the Gods were created) is located about 50 km northeast of Mexico City. Built between the 1st and 7th centuries A.D, it is characterized by large monuments, in particular the Temple of Quetzalcóatl and the Pyramids of the Sun and the Moon, established on geometric and symbolic principles.

Teotihuacán and its valley display unique testimony to the pre-urban structures of ancient Mexico. Its ceremonial ensemble represents a unique artistic achievement both for the enormous size of the monuments and for the spectacular layout based on cosmic harmony. The art of the Teotihuacanos was the most developed and advanced among the classical civilizations of Mexico and its influence is notable in other cultures.

Quetzalcóatl also known as the “Feathered Serpent”, is a mixture of bird and rattlesnake. He is a pre-Hispanic god of learning, rain, wind, agriculture, and the arts, as well as the creator of the world and humanity.